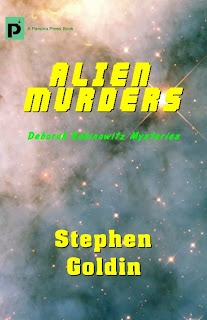 
Deborah Raboinowitz is a literary broker. She travels to alien worlds via virtual reality and sells the publishing rights to Earth books on other planets. But when an alien is murdered right before her eyes, there's no way she can keep from being involved and solving the murder herself.
Then, when an old friend is accused of a murder on a different world, Deborah has to become a lawyer and defend her friend before a kangaroo court by solving that murder, too.

The sample was definitely well-written and propelled me through it in no time, the sign of a well-written story. I really liked Deborah as a character; she had a distinct attitude that made me care about her, and I know that others will enjoy her character as well. I also loved the original idea for this story: I'd love to have my books published on other planets. 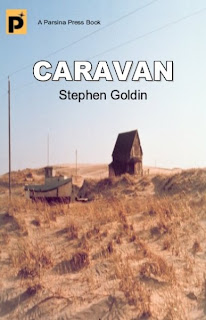 It's the 1980s in an alternate-world America. U.S. society has fallen apart under food shortages, fuel shortages, racial unrest and a host of other problems. A group of people intend to escape to another planet and start a whole new world...if they can make it safely across the country--stealing gas and fighting off bandits--to reach the ship before it leaves. 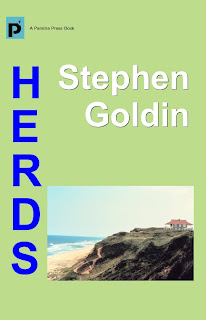 Amazon.com (for Kindle)
Barnes and Noble (Nook)
Smashwords (all eBook formats)
Sony (for Sony Reader)
Wesley Stoneham, an ambitious lawyer and politician, has just murdered his wife in a fit of rage. Now he's planning to frame an innocent man for the crime. But he doesn't realize there was a witness to the crime: an invisible alien who's visiting Earth via astral projection. Now the alien has two problems: Should he report the crime to the authorities...and if so, how?
Posted by Holly Hook at 8:00 PM