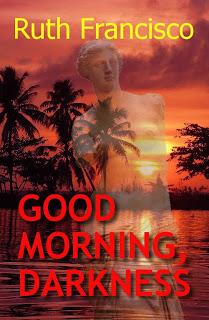 Everyone is in love with Laura: the Mexican fisherman who admires her through her kitchen window as he walks in the predawn darkness to the ocean; her boyfriend, Scott, a successful real estate agent who asks her to marry him and won’t take no for an answer; the detective who instructs her in martial arts; and her lascivious boss.

Then one day Laura disappears. There is no evidence of foul play—she had quit her job and claimed to be visiting her sick mother on the East Coast. But while wandering the beach one night, the fisherman finds a woman’s severed arm. When another one turns up shortly afterward, he believes they must be Laura’s. LAPD Detective Sergeant Reggie Brooks is also wondering if Laura is alive or dead. Yet without a missing person’s report or any evidence to suggest that the arms belonged to Laura, he cannot officially investigate.

Unofficially, however, Reggie Brooks can’t stop thinking about what happened to the vanished, beautiful woman who took his martial arts classes and now haunts his dreams. Soon he is driving up and down the windswept, lonely coastal highway in search of answers. He risks his job and his marriage as his obsession deepens. And his passion will lead him to a dark, terrifying place of unthinkable acts, irrational behavior, and premeditated murder...

"As in her previous novel, Francisco knows how to turn the screws: the adroit plotting and additional fillip at the end are sufficiently compelling to qualify this as one of the year's best mysteries."--Publisher's Weekly
Posted by Holly Hook at 8:00 PM