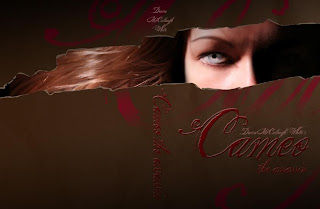 Cameo the Assassin by Dawn McCullough-White


Sometimes the anti-hero is the only hero you can find. Scarred and jaded Cameo is one of the most formidable assassins in the employ of the Association. She moves from one mission to the next as long as the alcohol keeps flowing, until the day she meets two dashing highwaymen who unwittingly throw in with the dangerous and otherworldly Cameo. But that's really where the story begins...

"I really enjoyed this far more than I had expected. The author added some interesting twists to the story which really humanized the characters and set this apart from many of the novels within this genre. Well worth the purchase price! I am looking forward to reading the next book in the series and hope for more from this author in the future."--Donna M.

"I loved the characters. They are complex and interesting, with plenty of faults -and I find myself wanting to have drinks with them. The story quickly grabbed my interest. I can't wait for the next book; I'm dying to know what happens next!"--Carly Biel

"Ms. Mc-W's style is something to be envied and is certainly as refreshing as much as it is straightforward. She doesn't bombard the reader with too many details; yet develops the story with enough speed and grace to keep the reader captivated."--Syria, Syria Says blog 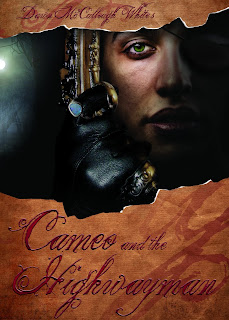 Cameo and the Highwayman by Dawn McCullough-White


The land of Shandow is a place of arctic cold. It was the scene of the bloody revolution, and is the location of the item Cameo's master wants so badly.

In the dark of winter a vampire lies in wait...

...Opal is unable to run from his past... and Cameo must make a choice that will cost her the last shred of humanity she has left.

Book Two in the Cameo series.

"This is an excellent novel, one that deserves to be read. It's meaningful and has something important and revealing to say. And yet I've read far less skillfully crafted novels that outsell it. Perhaps this is simply a matter of exposure. Who knows. It is my hope, however, that people will read this review and jump at the chance to read this book - and the first one, as well. They're both worth the miniscule amount of money it would take to buy them.

Dawn McCullough-White is a fresh face in literature, one that I hope succeeds. It's time we recognize those who have something interesting to say and push their books to the forefront. This reviewer, for one, would find his life a lot less full complete if I hadn't read her work.

--Robert Duperre of The Journal of Always blog

I can only hope that Dawn McCullough-White will continue the Cameo series, and this reviewer will be one of the first in line to continue on Cameo's journey with her!"--Jaidis Shaw of Juniper Grove blog
Posted by Holly Hook at 8:00 PM