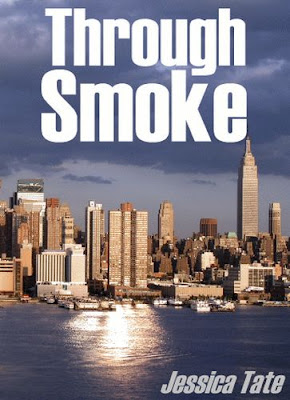 Through Smoke by Jessica Tate

Firefighter Michael McGinnis is no stranger to intense situations. Veteran of New York’s Ladder Twenty-One Company as a search and rescue man, he has seen his share of burning infernos, high-rise saves, and intense emergency situations. Despite McGinnis’ years on the job, nothing can prepare him for getting tangled in his brother’s mistakes as a drug addict and gambler, especially when a blood thirsty bookie gets involved. A romance sparks between him and fellow paramedic, Eva Crisante, catching him even more off guard. Morals are tested, lies are told, and relationships are built and then torn to ruins. The problems ahead are more challenging than any fire McGinnis has experienced. He learns that bravery is not only needed in his job with the department, but also in dire situations away from work. His tough love for his brother is tested, proving that there truly are things more dangerous than a five-alarm fire.

"I read this author's first book, Modern Day Drifter, and said I would like to see her add some depth and complexity to her story. Well, she certainly added those items for this book. In Through Smoke, the characters were well-developed and the story was well-plotted. I wanted to keep reading to see what would happen with Mikey, Casey, and Eve. I cared about these characters and wanted to see their lives settle down and be good for them. Mikey and Casey are brothers and seemed very different from each other at first, but I don't think they were really that different. Casey was a true drug addict and gambler and Mikey struggles with alcohol. They had lost their father when they were very young and had a tough time dealing with his death, having never really grieved properly. Although their brotherly relationship has issues and Casey's gambling debts cause both brothers to become involved with a violent bookie, the love between the brothers is always evident. Eve is Mikey's love interest and also likeable. Their relationship develops and grows throughout the story, and they seem to be good for each other. This book held my interest until the end. It was filled with action and emotion, and I recommend it to others."

"I received an advanced reader copy of this book, actually as it was being written. I have to say, I loved watching the plot develop and the characters grow complex and fully fleshed out with each new chapter. There is plenty of action, from raging fires to encounters with a violent bookie, but it never overshadows the characters, especially Michael, the main character."
Posted by Holly Hook at 8:00 PM