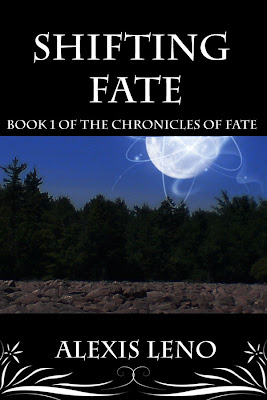 Times in the mystic realm of Lizon are changing. The Great War remains a distant past for many, but for others, the bleak past is all too clear. When the royal family of Alii is targeted, the kingdom's only Princess begins a quest to set things right. In a world completely controlled by fate, Brynn of Alii must fight against the Shifters, bent on altering the predestined future, to save the world she knows and secure destiny.

"This story is about a heroic female who defies the odds and leaves her kingdom for the first time on her own and discovers much more than she ever bargained for. It is well written by a first time author attempting to break out onto the stage." - Daniel De Sousa

"Shifting Fate is top notch, first rate fantasy book, full of every element that makes for great fantasy. It is fast paced, rich with strife and conflict, clear good and bad guys and characters I cared about"- G. Rutz

Red Sand and Other Stories by Alexis Leno


This book of short stories includes 4 various science fiction stories that are meant to tickle your senses. The four stories include Red Sand, Trial and Error, Specimen E3101, and In Space.

•"Red Sand" - A thriller surrounding an up and coming base on the planet Mars. When a science team goes missing, military man Alexander Castillo is sent to investigate. What he brings back with him changes the lives of everyone on the base, forever.

•"Trial and Error" - When Doctor George Peters gets the funding pulled on a project he has put his blood, sweat, and tears into, he'll do anything to get it back.

•"Specimen E3101″ - In a world where babies are few and far between, Elizabeth learns what she was made for. And in the process, she finds something else she hadn't been looking for along the way.

•"In Space" - In space, everything is quiet. There is nowhere to run.
Posted by Holly Hook at 8:00 PM