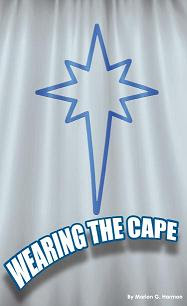 Who wants to be a superhero?

Hope did, but she grew out of it. Which made her superhuman breakthrough in the Ashland Bombing, just before starting her freshman year at the University of Chicago, more than a little ironic.

And now she has some decisions to make. Given the code-name "Astra" and Invited to join the Sentinels, Chicago’s premier super-team, will she take up the cape and mask and become a career superhero? Or will she get a handle on her new powers (super-strength has some serious drawbacks) and then get on with her life-plan?

In a world where superheroes join unions and have agents, and the strongest and most photogenic ones become literal supercelebrities, the temptation to become a cape is strong. But the price can be high—especially if you’re “outed” and lose the shield of your secret identity.

Becoming a sidekick puts the decision off for awhile, but Hope’s life is further complicated when The Teatime Anarchist, the supervillain responsible for the Ashland Bombing, takes an interest in her. Apparently as Astra, Hope is supposed to save the world. Or at least a significant part of it.

"Superhero fiction is so full of tropes that it's nearly impossible to write something new. Wearing The Cape manages that heroic feat, being both a classic superhero story and a new take on the genre all at the same time."--Amazon Reviewer