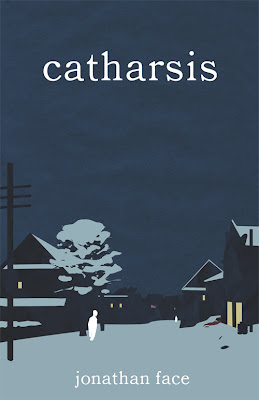 
Spring City, New Hampshire, is a town with a checkered past. Its residents have secrets - or so they think. These will be exposed and their true natures revealed during an unexpected winter storm.

Chaos unfolds as the snow falls, ushered along by the ghosts of the town's previous inhabitants. Acting on orders from some unknown power, it's their duty to see that the town gets the justice it has been lacking. If anyone's alive by dawn, they're either lucky - or innocent.

This is Spring City's last night, but its citizens won't go quietly.

"If you love Stephen King, you will absolutely love Jonathan Face's Catharsis. I started reading this book because it was the next one on the list in my Kindle. I had no idea what it was about. But as i continued to read, i had to stop and actually go back to the beginning of the book and see the name of the author because I truly, truly thought it was Stephen King. The writing styles are very, very similar and the character development is "spot on". This is a "must read" for those out there looking for a Stephen King "fix" -- only this is NOT Stephen King; it is Jonathan Face!!!! I will keep this author on my radar, as i am looking forward to seeing more from him. Enjoy -- I did!!!!!!!"--Amazon Reviewer
Posted by Holly Hook at 8:00 PM