The Knowing by L. j. Charles


Not everyone can stay sane watching murder through the eyes of the killer, feeling him kill. She’s Haitian, born from love, raised with strength. She can stop the visions if she stops the killer, but his secrets threaten to destroy her world. Which one will survive?

The Psychic: Nia Sydney De’brie
For the past three years, on the day of the last snowstorm of spring, Nia has watched him kill—through his eyes. This year she runs from the storm and the visions to the sun and surf of Honolulu—and blunders into the scene of murder #4.

The Hottie: Trace Coburn
Defense attorney for the killer.

Germain Thomas Marcellin,, Vodoun practitioner, has been helping young women find harmony in their lives by leaving their corporeal bodies behind.

The Complication: Maman and Papa
Nia’s parents show up for a second honeymoon. What secrets have they been hiding?

"L.j. Charles has a fresh voice that is addictive. I couldn't get enough of her. Nia is in the midst of a crisis, and it only seems to follow her wherever she goes, yet she never loses her sense of humor. The danger is very real, the paranormal aspects are just enough without being over the top, and the story will keep you turning pages way too late into the night." ~ S. McAllen


"The Knowing, by L.J. Charles, is filled with unique, diverse characters whose voices and personalities leap off the page. Her main character, Nia, has an unusual gift and the way Charles introduces it draws you into the story and the character's life.

Charles' writing is fast paced, the story engrossing, and her voice entertaining. The humor she injects into the story had me laughing out loud.

I've already purchased The Calling as well. And I'm looking forward to reading the third book in the trilogy.

The Knowing is a keeper."~ T. Reasor 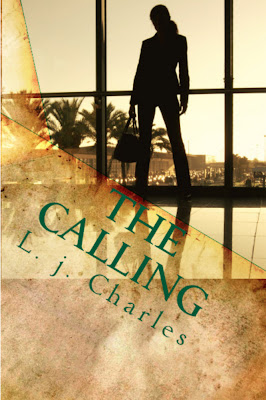 The Calling by L. j. Charles

The dead talk to her. Some would call it a gift. She’s a retired police detective, and he’s a by-the-book FBI agent with a leak in his department. Connected by a terrorist and a murder victim, they partner up—strictly business—until her Grandmamma is abducted and she’s forced to face the truth about her past.

"The sexual tension in The Calling is crazy good. Plus, it's a fun cat and mouse game as the hero and heroine try to outsmart each other. Highly recommend it!" ~ A. Maynard

"L. j. Charles has done it again. This one had me on the edge of my seat throughout, never knowing where the next blow was going to come from. We first met Whitney and Blake in The Knowing, and they're even better here as they work together (or sometimes against each other) to sort out the clues in time to save Grandmamma Boulay." ~ S. McAllen
Posted by Holly Hook at 8:00 PM