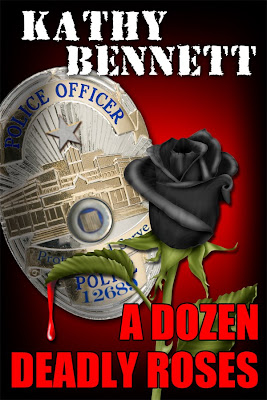 Los Angeles Police Officer Jade Donovan is being hunted. There’s the lieutenant who’s out to get her, the psycho who’s stalking her and leaving dead roses at her door, but most frightening of all, she’s been assigned to partner with her son’s father, Mac Stryker. Mac doesn’t know he’s Donnie’s dad, and Jade will stop at nothing to prevent him from finding out and possibly taking away her son. She will protect and defend him at all costs.

Mac Stryker is a cop with something to prove. Five years ago, he’d been forced to resign the police department in disgrace when he was too drunk to take action during a shooting. Now, Mac is sober, back on the force and back working with Jade Donovan, the rookie who’d saved his life. Worse, he finds himself attracted to Jade and her precocious son, Donnie. But Mac is through with love. The violent death of his wife and daughter turned him into an alcoholic, and he won’t put his job or his heart at risk again. He will protect and defend them both at all costs.

But when the deadline looms on Jade’s dozen deadly roses stalker, will the two partners manage to put aside their differences in order to save their son?

"Loved your book. It was great. Can't wait for the next one. Loved Mac and Jade. Keep them coming."

"...Through simply great story telling, weaving the visceral with internal strife, we are led from the streets of Los Angeles to Las Vegas in a tale that laces love, wonderful secondary characters and heart pounding action. A perfect blend of relationship and chilling suspense. Well done!"
Posted by Holly Hook at 8:00 PM