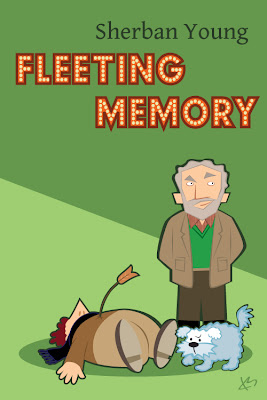 The answer lies with Keats… With these cryptic last words, the man sprawled out on the floor of the rustic cabin expires - murdered. What could he have meant? Why Keats? Which answer? (For that matter, what was the question?)

All this and more passes through the mind of the young householder who discovers the body. If only he knew the guy’s name. Or anybody’s name. Including his own…

From here, our John Doe is hurtled along a path of self-discovery. With the help of Enescu Fleet, retired private detective and (according to some) the world’s most fascinating man, he will delve into an exciting new game show called Deadly Allusions, where trivia and murder compete for top billing. Along the way, he will attempt to figure out the dead man’s clue - and quite possibly nab a murderer who is too smart for his own good.

"Zany, fun and amusing read. It's got a bit of Sherlockian pastiche, a bit of romance, a lot of clues, a few dead bodies (some of which don't seem to stay dead), some slap-stick humor (yeah, I gave in and had to laugh out loud a couple of times even though I'm very reserved and do not snicker at just any silly joke. I pride myself on being a humor snob, so I reined myself in before the giggles completely dissolved into tears and helpless laughter.) Great way to spend a lazy weekend. Recommended for cozy fans and puzzle fans."--Amazon Reviewer

"This is a fun mystery book that I think cozy mystery lovers will really enjoy, so I highly recommend giving it a try. It's different, and sometimes that's perfect. Great book for reading by the pool or by a fire! I'll certainly be on the lookout for more Enescu Fleet mysteries."--Amazon Reviewer
Posted by Holly Hook at 8:00 PM