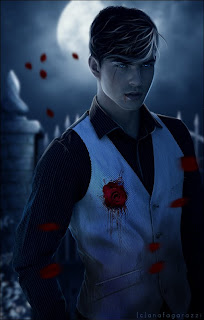 My Handsome Vampire: Falling in Love by Vianka Vanbokkem


17 year old Ruby Kennedy from Mammoth Lakes, California is killed by a vampire named Lucas on her way to see her two best friends Laura and Alain. Ruby does not crossover and takes a ghost form. She soon meets a handsome vampire named Ulysses Anderson who is trying to save a young boy’s life from Lucas.

Ruby follows Ulysses and lets him see her while asking him to help her crossover, he does not know how to help her and recruits his younger brother William who is also a vampire and his good friend Adrian a Romanian vampire. Adrian remembered a story about a human who was into spells and magic and when she was turned into a vampire centuries ago she continue practicing what she knew. She was known as the "vampire sorcerer" and Adrian was certain she could help.

Later on Ruby discovers her best friend Laura was killed by Lucas and she is a ghost like her while Alain was turned into a vampire. Lucas is vanished from his coven because his killings attract a media frenzy to town and the vampires living there don't want to be exposed. He swears revenge

Ulysses offers his mansion to the three friends. Ruby and Laura meet a Countess ghost in a hunted library and she tells them the vampire sorcerer is an Egyptian named Nailah.

During their journey to find Nailah, Ruby and Ulysses find them selves attracted to each other and Nailah is the only one who could help Ruby become a human again with her sorcery.

"This book is full of surprises and I was very impress about how the author mixed magic potions and spells with her characters. I think it was an awesome idea."--Amazon Reviewer

"If you are looking to get lost into the vampire world this is it !!!!!"--Amazon Reviewer 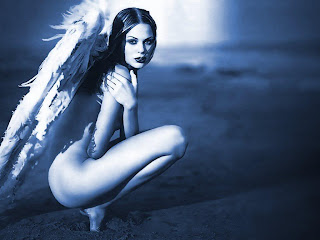 The Angel Vampire: A New Race is Born by Vianka Vanbokkem


Angel Anael was sent to earth on a mission to help a human boy. What she did not expect was to be mistaken for a human girl and was bitten by a thirsty and attractive vampire named Kendrick. The mixing of both bloods created a new race of Angel Vampires!

"I am very happy with this Angel vampire story I think it would be perfect for a movie or a TV series. I like the story so much that I bought other books from this author. I can say that I am her fan now!"-Amazon Reviewer 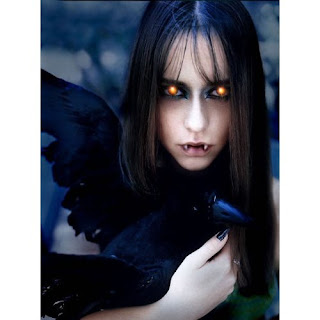 A Vampire Raised by Werewolves: Learning to Howl by Vianka Vanbokkem

Elina Jensen was cursed to walk as a vampire by day and as a werewolf by night when she was still inside her mother’s womb.

Elina had to deal not only with her double curse but with her attraction for Arian the 19 year old human boy, Kitchi the strong werewolf and Tristan the Romanian vampire!

"Holy moly! I applaud this book with all my heart.

The vampire/werewolf combination in one person is genius! Elina Jensen is now on top of my paranormal favs."--Amazon Reviewer
Posted by Holly Hook at 8:00 PM