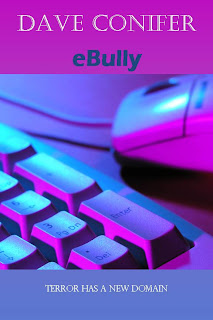 
Vice Principal Steve Lukather is desperate. Just like last year, an internet bully is terrorizing one of his students at Lakeland Middle School. Last time it ended badly when the victim was found with two slashed wrists after an attempted suicide. This year, after a series of nasty computer messages and an indiscreet photograph of Carly Gillette spread through the student body Lukather knows it's happening again. This time he's determined to stop the bully in his tracks before Gillette ends up reaching for a razor blade.

Thirteen-year-old Scott Halifax has a juvy rap sheet that could peel wallpaper but he's just what Lukather needs -- a street-smart, tech-savvy kid with no roots. Lukather makes a deal with Halifax: go undercover as a student at Lakeland and nail the bully in return for a ticket out of the County Detention Center and a clean slate.

Once he's in at Lakeland Halifax teams up with Tom Seidel, the nerdy kid that everyone loves to hate. It isn't long before Scott, Tom and Carly’s best friend Lisa are working together. It takes a lot of hard work, some sly computer sleuthing and a little dumb luck before they expose the bully. And it’s the last person that anybody would have suspected.

eBully draws on recent headlines about cyber-bullying, including the need to update harassment and stalking laws to reflect new technologies.


"A young boy locked away in a juvenile detention facility is hired by the vice principal of a middle school to go undercover and sniff out the identity of an internet bully on campus.

Despite the cloak and dagger setup, "eBully" is is actually a very realistic story. It's seemingly based in part on a real-life incident that took place on MySpace.

Even though children are the primary characters, I'd be hesitant to call this a kids' book. It's fairly dark and adult in nature. Still, it's a book every child - and parent - with access to the internet should read."--Amazon Reviewer
Posted by Holly Hook at 8:00 PM