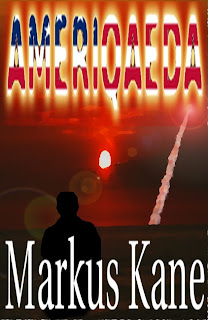 
Undercover FBI agent Ian Gray's world is turned upside down when he discovers a domestic terror group unlike any other; one composed of Americans intent on attacking the Muslim world.

As Gray scrambles to investigate this new group, he's confronted with deadly technologies, spies, and a group of fanatics as dedicated and lethal as any terrorist organization in the world. Their plan is in motion. They have the initiative. And they aim for nothing less than the destruction of a civilization.

The novel starts out at a very fast pace that propels you through the narrative and refuses to let go. The action simply doesn't stop. I lost track of time reading it. Recommended if you're into thrillers.
Posted by Holly Hook at 8:00 PM