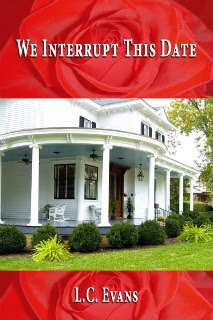 We Interrupt This Date by L.C. Evans


Since her divorce a year ago, Susan Caraway has gone through the motions of life, feeling at best mildly depressed. Now she is finally coming out of her shell. Just when she decides on a makeover and a new career, her family members call on her for crisis assistance. First there’s her sister DeLorean who has come back from California with a baby, a designer dog, and no prospects for child support or a job. As soon as DeLorean settles in at Susan’s home, Susan’s son Christian comes home from college trailing what Susan’s mama refers to as “an androgynous little tart.” Then there’s Mama herself, a southern lady who wrote the book on bossy. A secret from Mama’s past threatens to unravel her own peace. But not before Mama hurts her ankle and has to move into Susan’s home with her babies—two Chihuahuas with attitude. Susan would like to start her new job as a ghost tour operator. She would like to renew her relationship with Jack Maxwell, a man from her past. But Jack isn’t going to stand in line behind her needy family.
What they're saying about it:

"I think anybody who is from the south, or knows an old fashioned southern family will especially love this book"--Amazon Reviewer

"Move over, Janet Evanovich, L.C.Evans might have a combination that is fresh as well funny!"--Amazon Reviewer 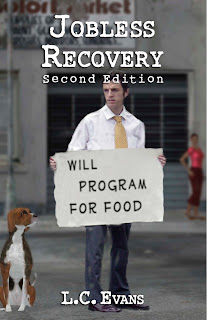 
Dave Griffin thinks he has it made--beautiful girlfriend, computer programming job, and all the benefits that come with middle class life in America. Then Dave's employer replaces American computer programmers with cheaper imported labor in order to increase company profits. Now Dave is out on the street. But Dave still believes in the system. All he has to do is bring the problem to the attention of the media and the people in Washington to get results. But his agitating only deepens his trouble.

Meanwhile, Dave's friend Joe Tremaine, a former FBI agent who lost his job after suffering a head injury, is struggling to survive. Cynical Joe knows better than to trust anyone in Washington or in corporate America. He embroils Dave in his fraudulent money-making schemes, and when Joe decides to educate the powerful senator who has been the driving factor in eliminating American jobs, his plan goes awry. Can an unemployed computer jockey manage to keep Joe-and himself--out of jail? Or will the oddly-shaped bundle in the back of Joe's truck spell big trouble?

“Jobless Recovery will push all your buttons as it tells a story that is too close to reality for many of us. It was a real think piece for me and I recommend the book highly.”--Sandy Nathan, award-winning author of Numenon and former Economic Analyst, Santa Clara County, California

"A brutally honest look at corporate America's flaws and desperate people caught in the middle, Jobless Recovery is a masterful, gripping piece of fiction that rings true with every word. Candid, suspenseful and moving. Jobless Recovery was a very enjoyable read, one of the best novels I've read in a while. I think it would make an awesome movie." --Cheryl Kaye Tardif, bestselling author 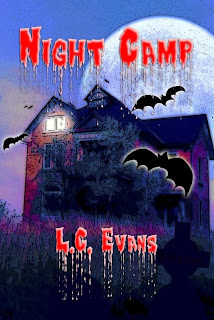 
A spooky graveyard. A creepy basement. A pair of coffins.

Thirteen-year-old Shane Andrews hates summer camp. When his parents allow him to choose, Shane decides to pick the worst camp he can find. Night Camp must be terrible. For one thing, activities take place at night and campers sleep during the day. That can’t be good, Shane reasons. His parents will realize Night Camp is even worse than they thought and they’ll come back to get him. Then Shane’s plans for summer freedom fall apart. His cousin Brad, a boy with a huge collection of tabloid magazines, convinces Shane that two of the camp counselors are vampires. Shane enlists the help of Brad and a girl camper named Nicole. The three set out to save themselves and the other campers. Then Shane uncovers the secret of Night Camp…

"Night Camp is bound to reach middleschoolers with its blend of mystery, horror and humor. Each chapter leaves the reader eager for more of the twists and turns of the vampire-related plot. And what pre-teen won't relate to the concept of a camp where you are not only allowed to but must stay up all night and sleep all day? My 11-year-old grandson read it and in his words, "liked it allot." If you want your children to enjoy reading, this is the book to get them started."


"I bought my son a copy of the paperback. This is his review:

"'Night Camp' was an overall very enjoyable book. It had its down points but its up points outnumbered them. It was a fast-paced, quick read that always kept me on the edge of my seat. At the start of the book I was intrigued by the odd premises. I felt like I was in the main character's shoes with the good descriptions, and a feeling of knowing the settings.

"At the end the story turned out to be more of a light-hearted story than a Dracula-thriller. But the ending had its own perks compared to many other slightly-scary stories I have read. Once or twice I had trouble figuring out the order of the words. These are the only notable lackings of this book. It has a very good story contained within its pages. I had fun reading this book and I hope other people will, too. Four stars."
Posted by Holly Hook at 8:00 PM