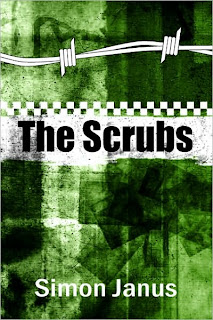 The Scrubs by Simon Wood


James Jeter, the notorious serial killer with a sixth sense, holds court inside London’s Wormwood Scrubs Prison. He’s the focus of the “North Wing Project.” Under the influence of a hallucinogen, Jeter can create an alternative world known as “The Rift” containing the souls of his victims. Pardons are on offer to inmates who’ll enter The Rift. Michael Keeler has nothing to lose and little to live for. He’s sent into The Rift to learn the identity of Jeter’s last victim. It’s a mission where the guilty can be redeemed, but at a price…

“The Scrubs is one merciless piece of work."
— Gary A. Braunbeck, author of Coffin Country

“The Scrubs...it's a journey to a Twilight Zone of our time."
— Mort Castle, author of The Stranger