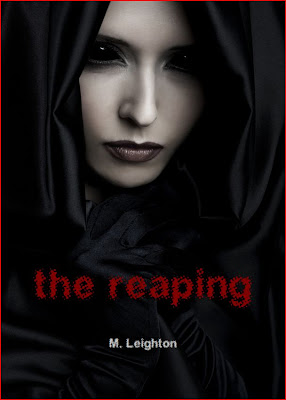 The Reaping by M. Leighton


Every hell has its devil. And Carson is about to become intimately acquainted with hers.

Seventeen-year-old wallflower Carson Porter has always dreamed of being something special, but what she gets isn’t exactly what she signed up for.

Yeah, a girl’s supposed to change as she gets older, but this is ridiculous! Shiny skin, greener eyes and a run-in with the flesh-eating dead are just a few of the changes Carson has to adjust to, not to mention the arrival of very hot and very dangerous Derek Hrolf. If all that wasn’t enough to turn her once hum-drum life into something unrecognizable, a twin sister that haunts her from the shadows and a wheeling, dealing collector of souls will definitely do the trick. The question is: what will her life become? And what will she become?

"With the perfect balance of dialogue and a creepiness to keep you gripping the pages, the author has brought a fresh new voice to read."--My Overstuffed Bookshelf

"I really loved this book... I could go on and on about this book... It went by too fast and left me wanting more."--The Firefly Book Loft

"The Reaping is very capably written, and it's full of sharp emotions."--All Consuming Book Reviews 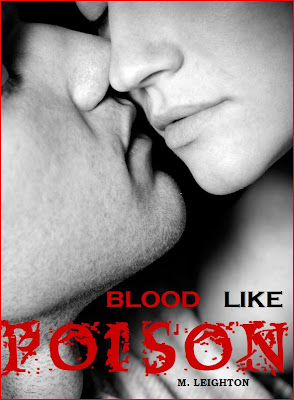 Blood Like Poison: For the Love of a Vampire by M. Leighton

Like most seventeen year olds, Ridley Heller thought she had her future all planned out. What she wanted most in life was to get out of small town Harker. Her only goal was to keep her mouth shut and her grades high so she could win a cheerleading scholarship to Stanford. But that was before she met Bo.

In Ridley’s wildest dreams, she could never have planned for someone like Bo, for a love so intense it left her breathless. No human girl could.

A haunting stranger that watched her from afar, Bo stole Ridley’s heart from the moment she laid eyes on him. But he has secrets. Bo’s a vampire. Both his past and his present are a danger to Ridley, but the biggest threat is not her blood; it’s her heart. He’s feeding a thirst for revenge that will cost him his life, and it may already be too late.

The more darkness Ridley uncovers, the more she realizes that her life will never be the same—with or without Bo. Can she sacrifice her future and her heart for someone who has a death wish?

This is my new release, a full-length, YA paranormal romance priced at $0.99. It's available at:

"WOW!! This book is awesome! I finished it in one sitting, could not put it down. Ridley and Bo's characters are great. Chemistry to the max! The ending leaves you wanting to get right into the next book, which undoutedly there will be. Will be anxiously awaiting the next chapter for Ridley and Bo."--A. Brooks
Posted by Holly Hook at 8:00 PM