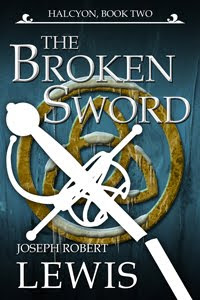 When they tried to conquer the New World, the Espani lost everything: soldiers, ships, wealth, and even their faith. But Don Lorenzo Quesada believes an ancient holy relic will restore his country to prosperity and honor, unless the military finds it first. Accompanied by his best fencing students, his Incan wife, and her sabre-toothed cat, Lorenzo races across his wintry homeland through a gauntlet of blood-thirsty assassins, undead demons, and giant beasts to recover the sacred skyfire stone.

But when the stone is stolen and a massive Espani warship sets sail for Marrakesh, Lorenzo must stop a war that could destroy all the nations of the Middle Sea, even if it costs him both the holy stone and his life.

Readers return to The Other Earth in this stunning vision of an alternate world where fantastical machines sail the seas and the skies, enormous prehistoric beasts still roam the earth, and the restless dead walk among the living.

"Joseph Robert Lewis has formidable writing talent and a unique vision for the Science Fiction genre. That talent and vision are on full display in "The Broken Sword", his latest novel and part two of his "Halcyon" series, set in an alternate Earth. I want to be careful in my review so as not to provide spoilers, so I'll put it like this: He creates believable characters that I found myself quickly caring for as people and interested in as they progress. The world he creates for those characters to inhabit is well-described, logically tight as a drum, deep, and at the same time delightfully surprising in its inner life. The capstone is the story of The Broken Sword. It is relayed to the reader masterfully, allowing us to experience it as though we are both part of the story and an observer of the events that create its history.

I have read Science Fiction from the Campbellian "Golden Age" to the present. While I do not claim to be an authority on the genre, I have enough experience to know talent when I see it on the page. Catch Joseph Robert Lewis now and stay with him - you will be witnessing the development of a future Hugo/Nebula winner. Yes, he is really that good."--Amazon Reviewer


"This is the second book in the Halcyon series. I have read the first book as well. This book continues with the same characters as in the first one, but the previously seperate plot lines get merged as the main characters meet and interact with each other in this book. The airship Halcyon is not central to this book, but it was still important.

The central characters, Tahiri, Lorenzo, Kenan, and Qhora all undergo some development in this book. They have depth and feelings and help draw the reader into the plot. I enjoyed the change of geography, the alternate reality Spain is interesting: Espani, a cold snowy land, full of ghosts, and completely lacking in technology. Lorenzo's struggle with being an expert sword user, and instructor, with being a deeply religious man are highlighted in this book. Lewis has created a good cast of characters in an alternate steampunk Mediterranean world. I've enjoyed this series and look forward to reading more by Lewis."--Amazon Reviewer
Posted by Holly Hook at 8:00 PM