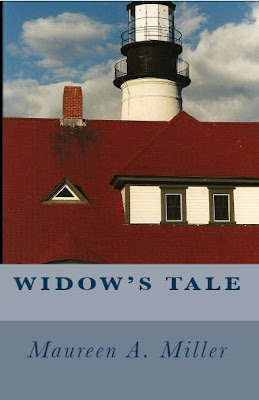 Widows Tale by by Maureen A. Miller


Serena Murphy was losing her mind.

Every night Serena stood on the deck of O'Flanagans Tavern, searching Maine's rugged coast for a sign of her husband's body. Though he was pronounced lost at sea, Alan Murphy still haunted her as only his malevolent spirit could. In the loft above her tavern, Serena hears footsteps pace across her living room floor, yet when she turns, no one is there.

Alan would not let a little thing like death stop him from tormenting her. If she could just find his body, surely this torture would stop.

It had been ten years since Brett Murphy saw his sister in-law, although the separation was by design, to avoid temptation. Now Brett was in Victory Cove, not to declare his feelings for Serena, but to discover the truth about his brother's death. In doing so, he must battle Serena's ghosts, both real and contrived. 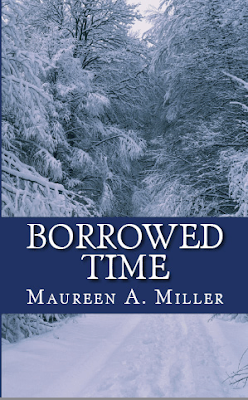 Borrowed Time by Maureen A. Miller

An accident on a frozen highway brings two strangers together.

Brian Morrison has no recollection of what placed him on that icy stretch hundreds of miles from home. In his line of business, memory loss was unacceptable and accountability was crucial.

Upon her parents’ death, Emily Brennan became the sole guardian of her brilliant, yet eccentric brother. Her devotion to protect him from a world that shunned the abnormal made her do the unthinkable. She stole designs from National Marine Dynamics…and now she was on the run.

Only an hour from the promise of safety, Emily witnesses the car behind her spin out of control on an icy stretch of highway. Fear dictated that she should flee, but the body slumped on the shoulder of the road appealed to her humanity.

Emily and Brian are two strangers thrown together by an errant patch of ice. Would the truths of their identities tear them apart or would they unite in battle against an egomaniac that threatened the safety of innocent civilians. 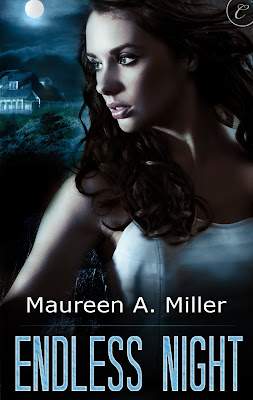 Endless Night by Maureen A. Miller

A woman hiding from her identity. A man trying to find his.

After witnessing a murder, Megan Summers ran until she reached the remote coastal village of Victory Cove. She has a new name, but she knows it’ s only a matter of time before the murderer catches up with her.

Jake Grogan has come to town to unravel the mystery of his heritage. Instead of finding his grandmother at Wakefield House, he discovers an attractive stranger who will do anything to get him off her doorstep. Trapped by a storm, he’ s forced to stay the night with Megan—a woman who keeps a handgun under her bed and closes herself off from the outside world.

Jake tries to dig deeper into his past, but he’ s distracted by his fear for Megan’ s safety and his growing feelings for her. Danger is drawing near and he’ ll do anything to keep her safe. Will it be enough to help them survive the endless night?