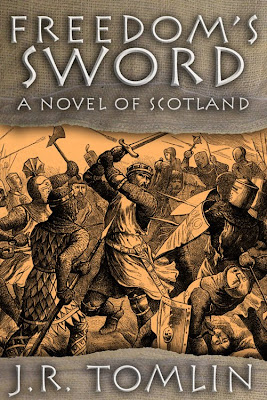 Before William Wallace... before Robert the Bruce... there was another Scottish hero...

In 1296, newly knighted by the King of the Scots, Andrew de Moray fights to defend his country against the forces of the ruthless invader, King Edward Longshanks of England. After a bloody defeat in battle, he is dragged in chains to an English dungeon.

Soon the young knight escapes. He returns to find Scotland under the heel of a conqueror and his betrothed sheltering in the hills of the Black Isle.

Seizing his own castle, he raises the banner of Scottish freedom. Now he must lead the north of Scotland to rebellion in hope of defeating the English army sent to crush them.

"This Scottish historical novel abounds with passion, struggle, and the life and culture of medieval Scotland's fight against the English invader.

J. R. Tomlin writes a stirring and highly readable novel about the Battle of Stirling Bridge, precursor to Bannockburn where the Scots won their freedom from the tyrannical Edward Plantagenet."--Reviewer 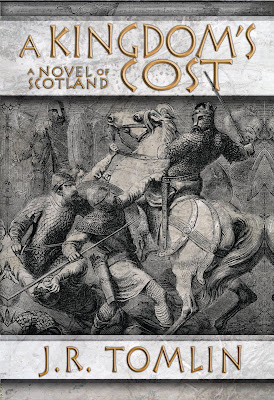 A Kingdom's Cost by JR Tomlin


James Douglas can only watch, helpless, as the Scottish freedom fighter, William Wallace, is hanged, drawn, and quartered. Even under the heel of a brutal English conqueror, James's blood-drenched homeland may still have one hope for freedom, the rightful king of the Scots, Robert the Bruce. James swears fealty to the man he believes can lead the fight against English tyranny.

The Bruce is soon a fugitive, king in name and nothing more. Scotland is occupied, the Scottish resistance crushed. Only James believes their cause is not lost. With driving determination, he blazes a path in blood and violence, in cunning and ruthlessness as he wages a guerrilla war to restore Scotland's freedom. James knows he risks sharing Wallace's fate, but what he truly fears is that he has become as merciless as the conqueror he fights.

"Take a journey into the past in A Kingdom's Cost, a captivating tale spun by J.R. Tomlin. We follow young James Douglas, a mere slip of a lad, as he makes his way home to Scotland to join forces with Robert de Bruce, King of the Scots as they wage war against Edward Longshanks, King of England for the freedom of the Scottish people.

This book was truly a joy to read. It grabbed me yanked me in, made me love the characters, gave me villains to hate, loved ones to mourn passing and a tale that kept me on the edge of my seat turning the pages in titillation. The characters are amazingly formed, each unique in personality and possessing a human quality one can associate with. The story is smooth and moves at a fast clip, the adventures and feats are believable. The detail to historical moments is well thought out and interwove throughout the story excellently. You will find yourself cheering with the characters in their victories and crying with them over their losses. I cannot find the words to express how much I truly enjoyed this tale; it is an amazing story that will leave you smiling at the end. I can't wait to read more of Tomlin's work, she is truly an amazing historical fiction writer."--Amazon Reviewer