Bargain eBooks #76: The Tether: None Good by Nick Davis 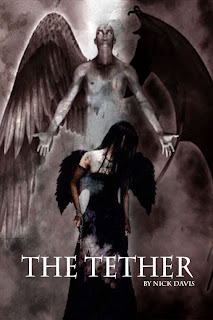 The Tether: None Good by Nick Davis

The Tether: None Good is the story of Sarah Taylor, a troubled Baltimore school student. Sarah is not a doe eyed victim but a smart, sassy and sarcastic young lady who is not afraid to kick butt, and say what she thinks. She is given a powerful device called a Tether that allows her to control an Angelic like bodyguard called Paul, and connects her to the mysterious source that allows her to cast indices (spells). The story deals with her discovery of the Tether, and chronicles her journey through her first night as the Tethers Keeper. Sinister forces try to track her down to claim her and the device for themselves. She is aided in this journey by CT, the Grandson of the original Tether Keeper. Together with CT they race against the darkness as Sarah discovers the powers she can tap into and how to control the Tethers Angelic Guardian Paul. Set against the real world back drop of Baltimore city the story takes the reader through a reality that is disturbingly familiar, yet haunted by shadowy unearthly creatures.

"I downloaded this book and read it on my Nook over the weekend. Normally it takes me a week or two to finish a novel, but I found I couldn't put this one down."--Barnes and Noble Reviewer
Posted by Holly Hook at 8:00 PM