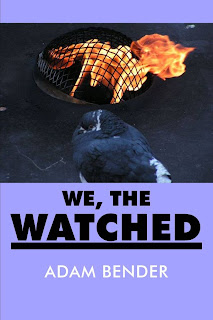 We, the Watched by Adam Bender

A 20-something man wakes up without memory and finds himself in a nation that administers a Watched List of its own citizens. He meets people who accept invasive surveillance by the government and forced uniformity by the church as necessary safeguards for protecting the homeland. The amnesiac learns quickly that opposition is heresy—and punishable by death.

WE, THE WATCHED is a dystopian novel by Adam Bender about what happens when one man forgets the propaganda. He makes strides toward getting his life back together, but the fresh perspective granted by his rebirth soon proves to be more a curse than a gift.

"There’s action, romance, and social commentary woven into a brilliant story with an amazing plot twist near the end. It’s science fiction in the way that Orwell’s1984 or Fahrenheit 451 by Ray Bradbury dystopian novels are considered science fiction. In fact, I see shades and shadows of both works in We, The Watched. The writing is nearly on par with these geniuses of the written word. Mr. Bender isn’t quite there yet, but is closing in fast on the masters. Since this is his first published novel, that’s an auspicious start. It’s highly likely that given a bit more time and experience, the novice shall surpass the masters."
Posted by Holly Hook at 8:00 PM