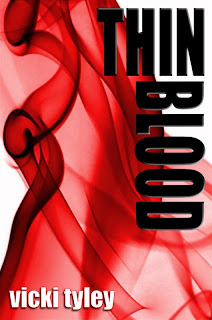 Craig Edmonds, a successful stockbroker, reports the disappearance of his wife, Kirsty. What starts as a typical missing person's case soon evolves into a full-blown homicide investigation when forensics uncover blood traces and dark-blonde hairs in the boot of the missing woman's car. Added to this, is Craig's adulterous affair with the victim's younger sister, Narelle Croswell, compounded further by a recently acquired $1,000,000 insurance policy on his wife's life. He is charged with murder but, with no body and only circumstantial evidence, he walks free when two trials resulting in hung juries fail to convict him.

Ten years later, Jacinta Deller, a newspaper journalist is retrenched. Working on a freelance story about missing persons, she comes across the all but forgotten Edmonds case. When she discovers her boyfriend, Brett Rhodes, works with Narelle Croswell, who is not only the victim's sister but is now married to the prime suspect, her sister's husband, she thinks she has found the perfect angle for her article. Instead, her life is turned upside down, as befriending the woman, she becomes embroiled in a warped game of delusion and murder.

“Page after page of twists make this novel a smashing success.”--Suspsense Magazine

“The story flows so easily that before you know what's happened, fifty pages are gone. It practically reads itself. ”--Ebook Alchemy 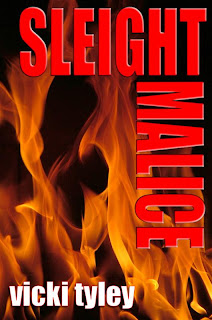 SLEIGHT ~ use of dexterity or cunning, especially so as to deceive.

MALICE ~ the intention or desire to do evil; ill will.

One cold Melbourne winter's night a suburban bungalow goes up in flames. Despite their best efforts, firefighters are unable to save the home. When a badly charred body is discovered in the remains, web designer Desley James is devastated. Her best friend, Laura Noble, had been the only one in the house that night - her partner, Ryan Moore, is away in Sydney on business. Then Desley learns the unidentified body is male. But it's not Ryan. He and Laura have disappeared…

Not realising until it's almost too late what some people will do to cover their tracks, Desley teams up with private investigator Fergus Coleman to search for the missing couple.

“If you like mystery fiction with a psychological flair, Vicki Tyley will deliver. She understands that fiction is about real people, and that real people have their dangerous flaws. I read Tyley's work with a clenched gut, thrill and dread colliding in every sentence.”–-Scott Nicholson, The Skull Ring
Posted by Holly Hook at 8:00 PM