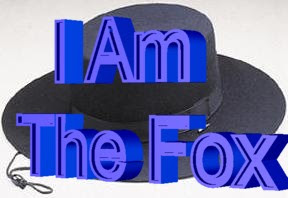 I Am The Fox by Anthony Auriemma and Carolyn Chambers Clark


A teen's whole world is turned upside down when he receives a visit from a 19th century dueling master after he wishes for help with his messed up life.

In I AM THE FOX, a middle grade boys' adventure, fourteen-year-old Luke Cassidy, the oldest son of a single parent mother, is responsible for his eight-year-old brother, Cole. So far, Luke isn't doing too well, what with his mother's mean boyfriend breathing down his neck and his brother not listening to a word he says. When a man who calls himself The Fox appears in Luke's bedroom and tells Luke he will help him become a man, Luke is shocked. The Fox convinces Luke, and together, they navigate the halls of Luke's school and the streets of New York City, stopping crime and finding excitement. The only problem is, only Luke can see The Fox

"Many children, especially those with younger siblings, will be able to relate to this novel. Luke, who is growing up in a dysfunctional home, must find a way to keep his younger brother, Cole, from getting involved in a gang--and things aren't looking too good. That is, until The Fox, a robin hood-like hero from television, arrives.

The Fox serves as a role model for Luke, and Luke's character develops throughout the novel from helpless to responsible and confident. I especially enjoyed the scene in which he gets rid of his mother's abusive boyfriend (I won't spoil how.) Also, normally first person present tense jars me out of a story, but this was written so well that I didn't even notice the tense until Chapter 3. All in all, a read that's well worth the price!"--Me 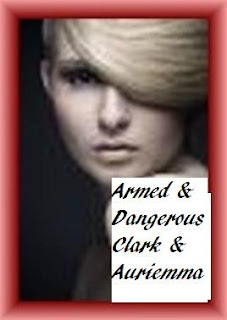 Intelligence officer and ace motorcyclist, Captain Caitlin Stanwyck’s been handpicked for a special assignment to investigate the deaths of twenty U.S. women who died suspiciously in a U.S. Military Hospital in Germany.

Major Keller, her old nemesis, keeps turning up at every twist and turn of the investigation, and she can’t help wonder what game he’s playing. When a hired assassin starts taking out the witnesses and puts Caitlin in the crosshairs of his weapon, she finds evidence that Keller may be drawing her into the swirling waters of deception and betrayal of her country. Can she trust him after he’s lied to her so many times?

With the clock ticking, the action takes her across Europe and Asia as she tries to unravel the mystery of why the women were killed and stay alive herself.

You can read the first chapter for free here: 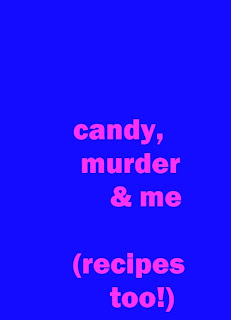 Candy, Murder & Me by Carolyn C. Clark and Anthony Auriemma


CANDY, MURDER, AND ME is an 80,000-word cozy mystery set in Florida, in and around a dress design company, which co-stars Sigmund Freud, a psychoanalyst dachshund, and is the first in the Full-Figure Cookie Berelli Mystery Series.

When full-figure dress designer and candy addict Cookie Berelli discovers the PI she hired to clear her of embezzlement charges dead in her design studio, she investigates, to wacky results. For example, is Eugene Gemstone involved? After all, he is her number one fabric cutter at Florida Fashions, and he did start acting overemotional after he wore one of the dresses she designed into the ladies’ room at Chez Riso and got arrested. He's especially suspect now that he's disappeared with all of Cookie's candy stash. Then again, it could be that cute PI, Andy Shea, who shows up at the funeral of her dead PI, and makes her hear the love song from GONE WITH THE WIND in her head, or it could be just about anyone else on the planet.

Everyone's starting to look suspicious now, especially Yuri Yarutski, who owns a sports bar in the bad part of town and wants to go a few rounds with Cookie, the woman who lives in a tree (who in Florida can live without air conditioning?), and even Bernadette Humphreys of Bernie's Tattoos who comes up with the weirdest body art. Okay, yes, Cookie did find the body, in fact two of them,and so she has to clear herself, but does that mean the murderer has to go after her?

Recipes from her Norwegian and Italian heritage including Grandma Berelli’s Pralines (“Worth going to jail for”), Cookie’s Maple Candies(“So good they’re criminal”), and Nana’s Kringlas (“To kill for” - ), among others, are availablethroughout the story to break up the mayhem.

"Caution: be prepared to resist temptation as Cookie (should be named Candy) munches on chocolates as she muddles her way through solving two mysteries. And if you weaken, she includes her family recipes of those delectable-sounding treats."--Tyler Mallone, author of Murder in the Mountains
Posted by Holly Hook at 8:00 PM