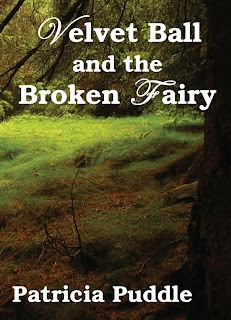 Velvet Ball and the Broken Fairy by Patricia Puddle


Nine-year-old Velvet Ball has had enough of Rory O’Leary calling her a pixie just because she’s bald, and when his mates yank her hat off and call her baldy, she runs home through the forest.

When she stops in a clearing to pick wildflowers, she stumbles upon a fairy caught in the bow of a tree. The fairy promises to grant Velvet a wish if she saves her and proclaims to be Roseberry — Fairy of Crabtree Forest. Velvet doesn’t believe in magic, but she rescues the so-called fairy anyway. But when her wish of getting her hair back doesn’t work, Roseberry tries to fly away. Trouble is, her wings are broken and she seems to have no magic. Velvet feels sorry for the helpless little sprite and decides to look after her until she recovers.

Happy to have a friend, Velvet hides Roseberry in her bedroom, but she soon wonders why she’s bothered to help such an ungrateful little thing. The fairy isn’t at all endearing—she’s rude, demanding, bad-mannered and spoilt, and acts like a princess and expecting to be waited on. Velvet figures Roseberry doesn’t know how to use her powers because she didn’t pay attention in Magic School, but she’d better learn or Velvet will be stuck with the broken fairy.

"I'm looking for a great story to read on my kindle. This one caught my eye immediately. It is a touching story of a beautiful friendship between a spoiled fairy and a girl who just wants to fit in. Deeply moving, and written fantastic with a strong voice. Nine-year-old Velvet Ball has no hair. If that's not bad enough, her family moves to the country. No fourth graders want to hang out with a bald girl with no eyelashes. They make fun of poor Velvet constantly.

While walking home she meets a fairy named Roseberry caught in the bow of a tree. The little sprite says she is the Fairy of Crabtree Forest, and promises to grant Velvet a wish if she saves her. After saving her, Velvet makes her wish but nothing happens. Roseberry doesn't have any magic. Even worse, her wings are broken. Velvet vows to take her home and help her recover. But little does she know, Roseberry is WAY more trouble than what she bargined for.

Wit and humor shine in this story, keeping me entertained and laughing the entire journey. Not only is it loaded with action and funny moments, it teaches children how wonderful they really are and sends a wonderful message to kids and moms. It also teaches love, acceptance, and patience. The characters are crafted wonderfully with distinct personalities that made me want to keep scrolling to the next page. I hope to read more from this talented author who has a heart and passion for children. It definitely shows in her writing.

I can't wait for the next book to come out because the end left me blown away with a big surprise. What a series this will be! I'm so hooked. I definitely would recommend this book to everyone."--Amazon Reviewer
Posted by Holly Hook at 8:00 PM