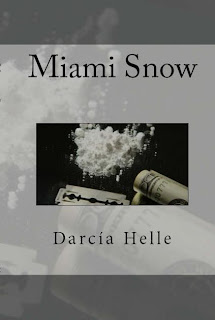 
One day, Nick Donovan had it all; a beautiful, pregnant wife, a nice house, a great job. The next day he is on his own, starting from scratch with nothing but a few suitcases and his old truck. Nick flees to the opposite coast of Florida, trying to leave his ex-wife and the memories behind. But that couldn't happen. Soon Nick finds that he is tied to Shelley in a way that he hadn't expected. And, in her bitterness, she does everything she can to ensure his misery.

Brandy is Shelley's opposite; wild, sensual, free-spirited. With Brandy, Nick is able to rebel against all that Shelley stands for. Brandy quickly leads Nick into a world of sex, drugs, and cash. And now Nick finds himself caught between the two worlds, desperate to stay afloat.

"Nick Donovan had it all, beautiful pregnant wife, nice home and perfect job. Then he loses it all. As he tries to pick up the pieces of his shattered life he meets Brandy Alexander, soon his life will never be the same.

Brandy the complete opposite of is ex-wife Shelly, is carefree and a bit on the wild side. Soon Nick finds himself in the world of sex, drugs and fast money. As he watches his friends lives change drastically he must come to terms with his inner emotions, put aside his bitterness and pull himself from the depths of hell he has been pulled into.

A fantastic read. An in depth look at the drug dealing world, and how drastically life can be changed by cocaine."--Amazon Reviewer 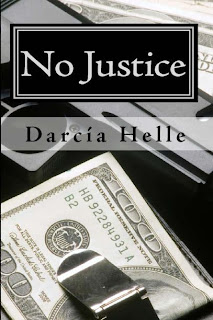 Title: No Justice (A Michael Sykora Novel) by Darcia Helle

How far would you go to right a wrong?

For Michael Sykora, killing started as blind rage. Then it became something he's good at. To most of those who know him, Michael is a software designer, a smart but average guy with a workaholic nature. To a chosen few, Michael is a part-time hit man whose specialty is eliminating hard-core criminals. Michael has managed to keep his two personas separate. Until now.

When Nicki, a close friend, gets into trouble, Michael steps in to help. Having lost his fiance to a brutal crime, Michael will do whatever necessary to keep from losing another woman in his life.

"An average, unsuspecting software designer, Michael goes into a blind rage when his lover is raped and strangled. When he eventually learns the identity of her attacker, he takes it upon himself to ensure that the degenerate never hurts another innocent soul; however, Michael isn't prepared for the tremendous sense of redemptive satisfaction that follows his vigilant act, which eventually leads him to become "The Ghost," a self-appointed Angel Of Death determined to clean up the "messes" often left behind by the flawed criminal justice system.

So when a sinister figure threatens to kill Nicki, a close friend of his, Michael kicks his efforts into high gear, refusing to let another person that he truly cares about suffer the same fate as his murdered lover; however, this time Michael is dealing with a whole new breed of lowlifes - and the success of his quest is all but assured..."--Amazon Reviewer 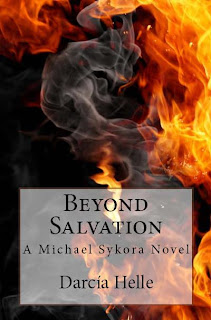 Beyond Salvation (A Michael Sykora Novel) by Darcia Helle


A teenage runaway disappears from the streets. The only people that care, or even notice, are her two best friends who are also runaways. For reasons of their own, they can't go to the police for help

They seek out Michael Sykora, a software designer by day and hit man by night. Known on the streets as The Ghost, Michael has a reputation for taking on the twisted criminals. Rapists. Child molesters. He has never been hired to find the lost. Until now.

Michael teams up with ex-prostitute Nicki and full-time hit man Sean. Together they bend the rules of the justice system in order to find a young girl few people care about. In the process, they uncover a world where salvation comes with a price tag and God's words are used to incite fear in a congregation of believers.

Beyond Salvation is the second novel in Darcia Helle's Michael Sykora series. The first novel, No Justice, did a terrific job of establishing the characters through fast-paced action and mounting tension. Beyond Salvation channels that energy in a well-defined direction, focusing on the case of a teen who was abducted by a deeply flawed religious group.

While the body count in this novel is decidedly less than its predecessor, Helle demonstrates an exceptional ability to evoke a wide range of intense emotions from her readers. The subplots that are common to both novels show a very believable progression in Sykora's relationships and professional life. I can't wait for the next installment.
Posted by Holly Hook at 8:00 PM